Fenbendazole for Humans Vs. Mebendazole

Fenbendazole (also known as fenben) is a veterinary medication used to treat parasites and worms such as tapeworms, hookworms, roundworms, and whipworms, in animals. It is commonly used under brand names like Panacur C and Safe-Guard.

However, fenbendazole isn’t the only worming medication that has the potential to fight cancer. Researchers have also been studying how Mebendazole, a drug that can treat worms in humans, could be just as, or even more, effective at shrinking tumors and killing cancer cells.

Here’s what you need to know about each of these medications:

Fenbendazole is part of a larger group of drugs known as benzimidazole, which are anthelmintic drugs (i.e., drugs that kill parasitic worms). Another benzimidazole is mebendazole, which can be prescribed to humans with certain gut infections, including threadworms, whipworms, hookworms, and roundworms.

These two drugs are often confused because they perform the same primary function of eliminating parasitic worms. However, a key difference is that fenbendazole for humans has not been approved while mebendazole has been approved for human consumption by governing bodies such as the Food and Drug Administration (FDA), while fenbendazole is still only available for veterinary use.

What Does Science Say About How Fenben Works for Cancer?

A few studies have explored how Fenbendazole for humans can work alongside traditional cancer therapies to decrease cancer cells. For example, one study found that fenbendazole can treat cancer by inhibiting the glucose intake for cancer cells and acting as an interfering agent that blocks multiple cellular pathways in cancer patients.

The positive results of research on fenbendazole for cancer mean the drug could be repurposed for treating human ailments, including cancer. Fenbendazole for humans could save a considerable amount of time and money in developing new cancer-fighting drugs.

Is Fenbendazole Safe for Humans

The limited studies suggest that fenbendazole for humans is safe for consumption because it has low toxicity and a high safety margin. But, of course, it is important to remember that the FDA has not approved it.

For dosing, research has found that Fenbendazole for humans is well-tolerated with a single oral dose of up to 2,000 mg/ per person or multiple doses of 500 mg/ per person for 10 consecutive days. However, because human observations are limited, these should be considered general guidelines that may need to change depending on each individual’s specific cancer. 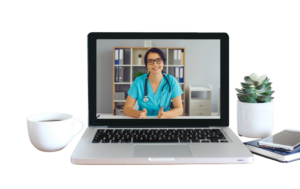 If you’re considering taking Fenbendazole for humans or Mebendazole for cancer treatment, it’s important to discuss your plans with a knowledgeable healthcare professional. These medications are not necessarily right for everyone, and your healthcare team must be aware of any new treatments you decide to try, you can speak with an integrative oncology nurse about your current cancer treatment plan to learn more about Fenbendazole and Mebendazole for cancer. In addition, they can give you the latest information available about which product to use from this family of drugs and determine if taking one of them might be right for you.

Schedule a call with an integrative oncology nurse to get started>>

Living with Cancer is very costly. The treatment costs and aftercare are high, and since you may not be able to work

Many people with cancer are seeking alternative therapies. One such therapy that has recently emerged is the Fenbendazole protocol, following some inspiring fenbendazole Do you need info about the fenbendazole protocol? We can help.