“Do you have statistics you can give us on your success rate?”

I looked up from the floor I had been staring at in the doctor’s office in Tijuana, Mexico. The tile was white and I hated it. It felt clinical in sharp contrast to the huge oak desk the doctor was sitting behind as he discussed the ins and outs of alternative medical protocols we had never heard of.

My mother and I sat facing him, me with my hands crossed over my chest in a not too subtle manner, letting him know that I was NOT a highly susceptible person, nor was I ready to merely believe anything he might throw at me.

Was I ok? It was a solid question that came with a resounding NO in my head. I was someone who only months prior had a normal life that was not checkered with cancer terms and who was blissfully unaware of the entire alternative care subculture.

I was now someone else of course, and someone who apparently had to put my trust in my doctor/stranger of choice and somehow make an educated decision that would (in my mind) determine whether or not my mother lived or died.

To top it off, this doctor/stranger had just told me in no uncertain terms that he could not provide me with a success rate for this (extremely not cheap) treatment.

I was definitely not “ok.”

If any of this sounds familiar, don’t worry – you aren’t as alone as you feel.

Most of us who have wandered down this path have felt that horrible gnawing doubt in the back of our hearts and heads, desperately wondering if we are really doing the right thing by ourselves or by our loved one.

While I am not here to give you a yes or no answer, (only you can do that,) I am here to tell you that the lack of statistics should NOT be the thing to stop you from moving forward. If we had let it stop us, it is almost certain that my mother would no longer be with us. Instead, she is alive and well seven years after her initial diagnosis.

Alternative medicine – like all medicine, comes with zero guarantees. At first glance, this feels wrong and shady, like the health providers are not being honest with you and therefore cannot be trusted.

But when you step back and look at the reasoning behind why they cannot give you these statistics, the reality is actually very simple and logical, and you can appreciate the fact that most of them are in fact, being extremely honest with you.

Most Clinic Stays Are Short, and There’s No Way to Track What the Patient Does at Home

This made so much sense to me that it’s what made me stop arguing with the doctor.

If five people come to a clinic and do the same protocol, what they do and how they do it can easily be monitored during their stay, but what happens two or three weeks later when they go home?
– Are they meticulous at staying on top of their treatments?
– Are they continuing to be very strict with their diets?
– Are they religious about sticking to the regimens that were put in place during their clinic stay?
– Are they telling the doctor the truth about all of these things?
There is literally no way to know.

During my mom’s stay at the clinic, her doctors called me Sargent Tova. It was a running joke. My mom was extremely dedicated to her treatments and very good at staying on top of everything, but I was standing right there behind her, and my OCD and stubborn nature were in full spring.

I watched every tiny thing she did, and if the slightest thing was out of line, I freaked out.
(I’m not suggesting you freak out, by the way, please don’t! I definitely could have handled some of this better and saved us all a lot of anxiety at the end of the day.)

When we went home, I realized that having both of us so dedicated to remaining on course was a huge asset. We were a team, and we made sure not to stray from the path that was set up for her.

On the other side of the spectrum, a friend that we made at the clinic went home to an empty house with no companion, didn’t have the physical strength to keep up with all her treatments so did not, and discouraged at the end of the day, would snack on M&Ms.

These are two very different sides of the coin that explains why the clinics are wary to give out success rates. How can someone fit into a success rate if they don’t even complete their treatments?

If a medical team cannot verify what people are doing, just like in any medical study, there is simply no way to give a viable success rate.

I know this is frustrating to hear, it was for me that day in the doctor’s office as well, but I could not argue with the logic.

Every Patient is Different

Some people arrive at the clinic on death’s door. Some people, like my mother, had never had any chemo or radiation done. Some have, and their body needs to recover from that before it can begin responding to anything. The fact of the matter is that two people with the exact same condition can come to the same place for treatment, but due to a very different medical history or inclinations, can respond completely differently to the treatments.

If you or your loved one are faced with some very difficult choices, I want to encourage you not to let fear stop you from moving forward.

Ask a lot of questions, do your research (there’s a great resource library right here for you,) and weigh out the pros and cons with logic, because at the end of the day, as my mother’s (conventional) surgeon told her when she was on the brink of death: “You’re a person – which is much more than just a statistic.”

Tova Litvin is a writer, artist, and songwriter whose work has been featured by Disney, Marvel, Netflix, Nickelodeon, ABC, CBS, The Los Angeles Times, ILTV News and more. In 2013, her mother Rivi was diagnosed with Stage 4 Pancreatic/Bile Duct cancer and after pursuing alternative methods of treatment was pronounced clean later that same year. Tova writes about their family’s journey and their experience with alternative cancer treatments at HealNavigator.com

What You Should Know About Pursuing Cancer Treatments Abroad

When you are diagnosed with cancer, you want to get treatment as quickly as possible. However, the cancer treatment options at home

Fenbendazole for Humans Vs. Mebendazole

Fenbendazole for Humans Fenbendazole (also known as fenben) is a veterinary medication used to treat parasites and worms such as tapeworms, hookworms, 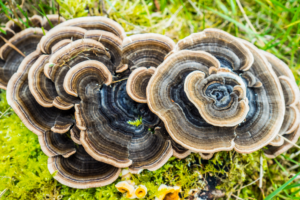 Can consuming mushrooms help you fight cancer? The answer depends on what type of mushroom you’re having.   The trametes versicolor mushroom,