HIPEC stands for Hyperthermic Intraperitoneal Chemotherapy. It’s a cancer treatment that pumps heated chemotherapy drugs into the abdomen. Cancer Patients get one very large dose of chemotherapy, but it’s not as toxic: that’s because the drugs aren’t injected into the bloodstream, so they don’t move around the body as much as chemotherapy given through an IV.

What Cancers Does It Treat?

HIPEC is used for hard-to-treat or advanced abdominal cancers, such as appendix and colorectal cancer, as well as peritoneal mesothelioma (a cancer of the lining of the abdomen, often caused by breathing in asbestos). It has also shown promise against ovarian and gastric cancer.

Below, Surgical Oncologist Dr. Fabian Johnston from the Johns Hopkins Hospital explains what HIPEC is, how it is used as a cancer treatment, as well as what types of cancer it is most effective to treat.

If you’re considering going abroad for treatments, Cytoreductive surgery with HIPEC can be done in a private clinic in Mexico for these types of cancer:

Is It a Standard Cancer Treatment?

Researchers are still learning more about the benefits and the respective roles of HIPEC procedures, as providers don’t use it as often as other cancer treatments, such as surgery, radiation therapy, or traditional chemotherapy. The benefit of this treatment is limited to certain cancers and may not be right for everyone.  However, when done by HIPEC specialists, it appeared to be safe and beneficial in patients with peritoneal metastases from uncommon cancer sites of origin and notably rare ovarian carcinomas, according to an empirical research study conducted in 2017.

What is the Success Rate Of HIPEC Surgery?

Mayo Clinic conducted research that used HIPEC to treat almost 50 patients suffering from peritoneal cancer and surface malignancies. The researchers concluded that with this method, it is possible to cure 25%- 30% of patients completely. “That’s a huge improvement over systemic chemotherapy, which is essentially palliative,” Dr. Wasif from Mayo Clinic says.

We recommend HIPEC consultations as soon as possible after a patient has been diagnosed with peritoneal carcinomatosis. The procedure cannot be performed successfully if the patient waited too long. Cancer can spread and grow if the patient waits. This procedure should be considered by both patients and doctors after the systemic chemotherapy has stopped working.

HIPEC was found to be most effective in treating selected patients with metastatic colon cancer, resectable metastatic appendiceal carcinoma, and peritoneal mesothelioma.

What are the Advantages of Hyperthermic Intraperitoneal Chemotherapy?

What Are HIPEC Risks?

Although HIPEC is effective for many patients, there is also a risk that it will not destroy all cancer cells or that cancer will return.

Since it is administered directly to the cancer site (as opposed to circulating throughout the bloodstream), it is less likely to affect healthy organs and tissues. However, it can still cause some side effects, such as: 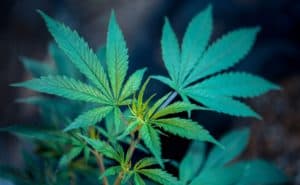 Cannabis has long been hailed as a potential cancer treatment by medical professionals, researchers, and notable figures within the cannabis community. One of the clearest examples of using cannabis oil for What is HIPEC? HIPEC stands for Hyperthermic Intraperitoneal Chemotherapy. It’s a cancer treatment that pumps heated chemotherapy drugs into the abdomen. Cancer Patients get one very large dose of chemotherapy, but

Interested in HIPEC Procedure but not sure how to start? We can help