The Integrative Whole Health Clinic is here to provide therapy using "Whole Health" advanced techniques, cutting-edge medical knowledge, and a positive approach for patients. Patients, that may have otherwise reached a place where traditional treatments may no longer assist.

The treatment protocol is individualized to each patient. The treatments are very well tolerated, so patients do not have the usual side effects associated with the orthodox treatments. 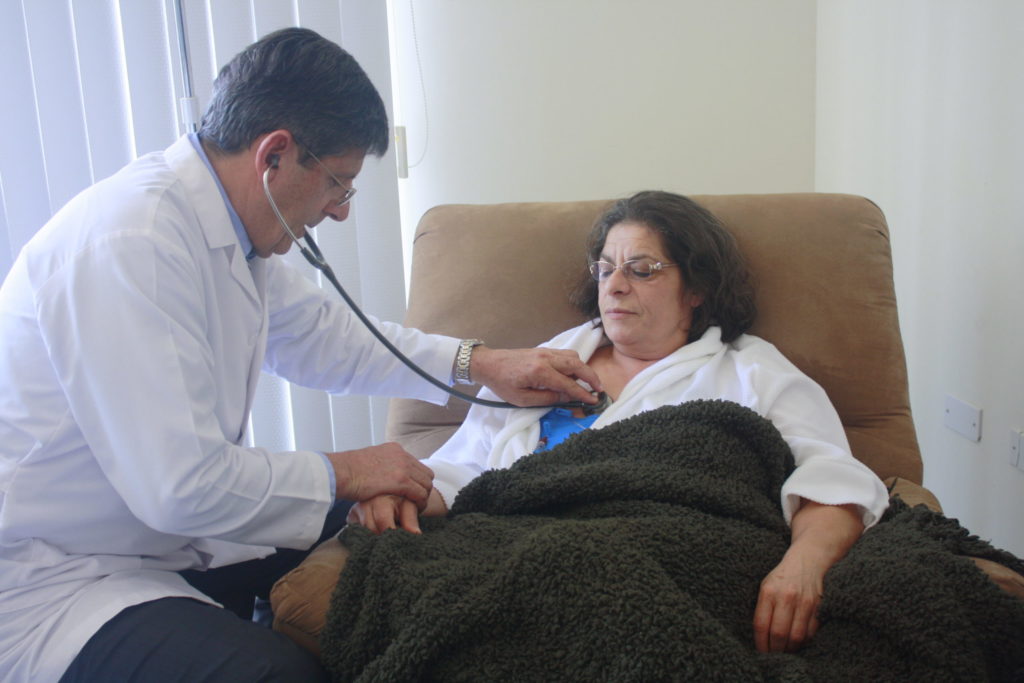 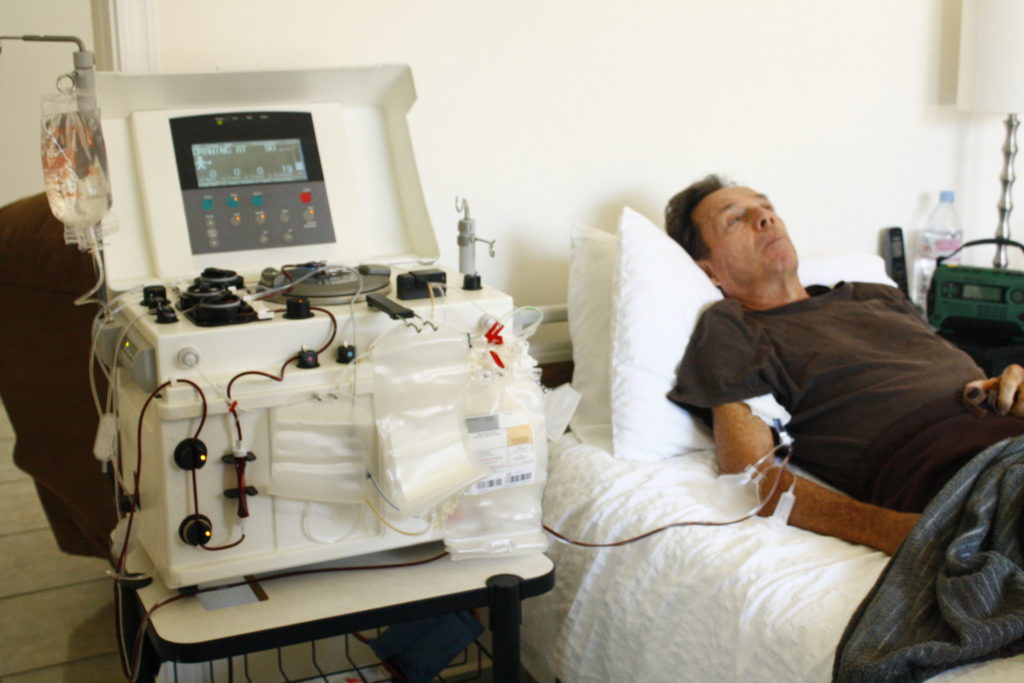 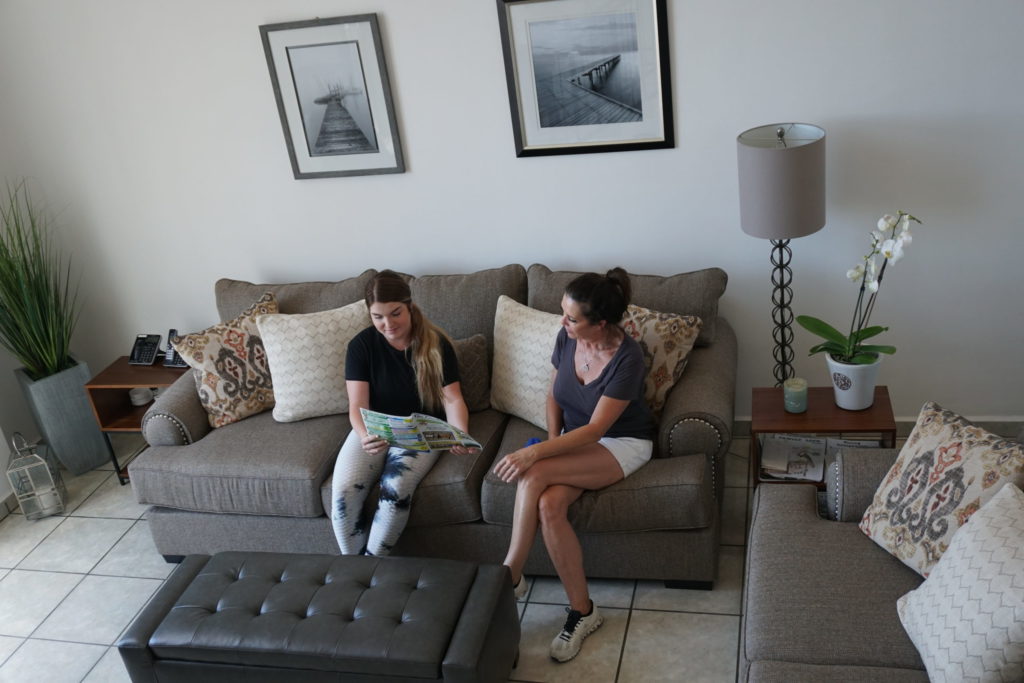 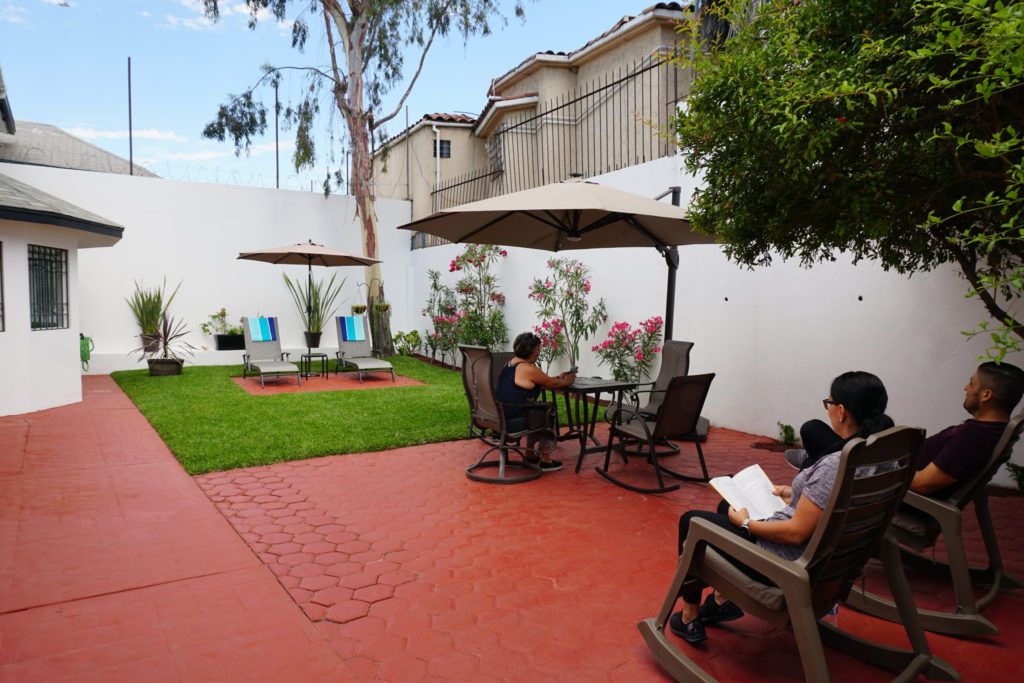 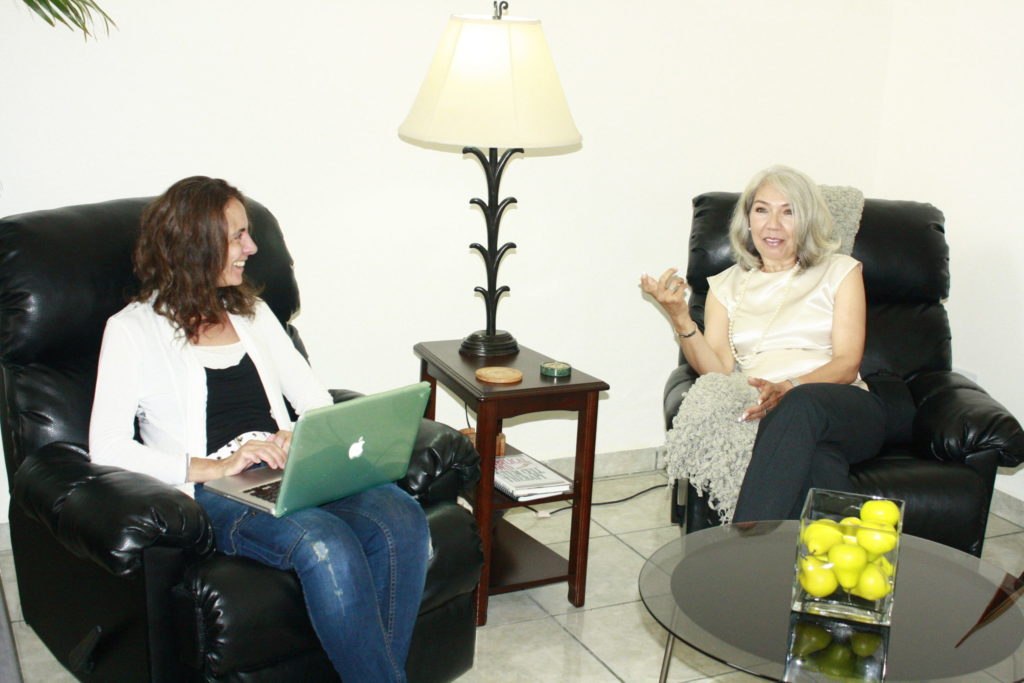 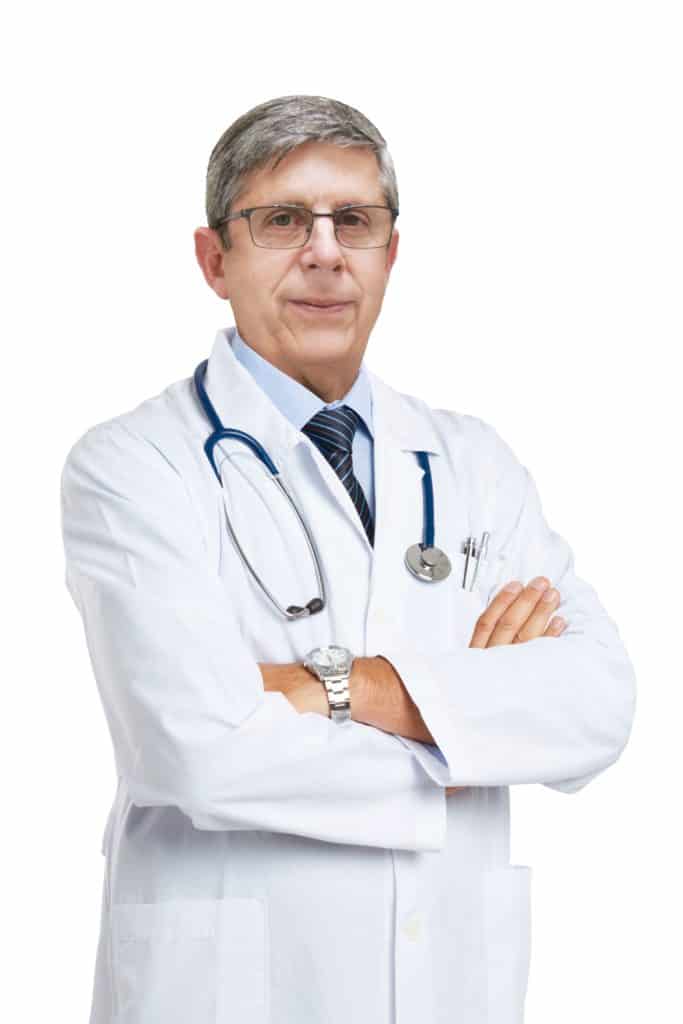 Included in the price:

* The non-malignant program is 2 weeks. Shorter programs may also be available based on the patient's needs. Please contact us directly for more information.

Get Your Free ONLINE Consultation Now >> 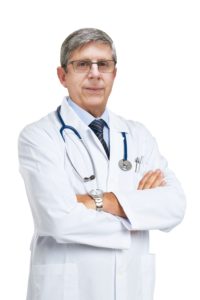 Dr. Jose A. Henriquez is internationally recognized for his many years of work in metabolic therapies treating cancer and other diseases. A proven leader in the field of Whole Body Hyperthermia, Dr. Henriquez has performed over 1100 procedures since 2000 with a 75% success rate on patients with stage IV cancers; for the most part, having been sent home to die.

Get a FREE Consultation with Dr. Henriquez >>

During Dr. Henriquez's professional work in Tijuana, Mexico he collaborated with the Urology Department of Hospital Del Prado. He was the Chief of Interns at the Mexican-American Hospital. Dr. Henriquez also worked with Dr. Harold Mannerfrom 1982 through 1986.

Featured speaker at the 12th Annual Convention of the Cancer Control Society about Rodaquin in Pasadena, California.

Dr. Henriquez was the Chief of Medical Interns of Real DVH Hospital in Tijuana from 1986 through 1987, when he resigned to start his own private practice at the Centro Medico de Tijuana. He was the attending physician at a vascular surgical facility called Unidad de Enfrermedades Circulatorias. During this time, Dr. Henriquez published an article, "Hemorrhoids, a therapeutical Update," in the medical journal "Baja Medica de Tijuana." He co-authored the article "Cutaneous Hyperpigmentation Following Venous Sclerotherapy Treated with Deferoxamine Mesylate," which was published in the journal of Dermatologic Surgery.

Dr. Henriquez became an attending physician at IBC Hospital in 1991. He is a Diplomate Candidate of the American College of Advancements in Medicine ( ACAM).

Get More Info for Your Condition >>

Preeti Gupta, May, 2022
Medical Condition : Stage 4 Ovarian Cancer
Treatment Center: Integrative Whole Health Clinic | ( Mexico )
I had an excellent experience at the clinic (more like a nice cozy home). Dr. Henriquez is a very experienced, kind and compassionate doctor. Everyone at the clinic is super nice.
Read more Read less
Previous Treatments : Surgery, Chemotherapy
Diet : Vegan
Improvements : General mood
Jayne Dutra Huff, February, 2022
Medical Condition : Colon Cancer Stage IV
Treatment Center: Integrative Whole Health Clinic | ( Mexico )
I'm just finishing up a 4 week program at the Integrative Whole Health Clinic under the care of Dr. Henriquez. The doctor is available to all patients every day to explain the treatments and answer questions. He is a deeply caring individual with many years of knowledge and experience. The facilities are spotless with a lovely patio for resting and taking in the sun and all of its wonderful healing vitamin D. The staff is very competent and responsive to any requests or issues. The food is all organic and planned to support an anti-cancer diet. It's also delicious! I had had chemotherapy before I arrived, which worked as long as I was on the drugs but didn't address the cancer long term. It returned as soon as I stopped chemo. Because chemo didn't seem to be an effective treatment, I needed to find other solutions to surviving the cancer. I wish I had come here earlier in my cancer journey before my cancer spread. Although it's too soon to tell how well the IWHC program is working, I'm very optimistic about the outcome. This is definitely something I think more people should consider before undergoing chemo. It's non toxic, naturopathic and the whole emphasis is on strengthening your own immune system to address the cancer. When I arrived, I felt quite run down and depleted. Now I feel rested, energized and renewed. I'll also post after the program has time to take full effect. Best wishes to everyone on this journey.
Read more Read less
Previous Treatments : Surgery, Chemotherapy
Diet : Gluten Free, Low Sugar, Organic
Improvements : Sleep, Appetite, Digestion , General mood 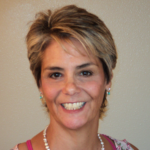 Josée Carrier, September, 2021
Medical Condition : Triple negative breast cancer
Treatment Center: Integrative Whole Health Clinic | ( Mexico )
I received top treatments for my condition. The whole staff along with Dr Henriquez gave me special care everyday. I am doing vey well after 7 and a half years after my initial diagnostic. I would definitly go to this personnalised clinic all over again if the need would rise. I strongly believe that Dr Henriquez treatments made a huge impact on my survival and present health. Thank you so much.
Read more Read less
Previous Treatments : None
Diet : Keto
Improvements : General mood, Blood results, I felt and looked 10 years younger after spending one month with all kinds of treatments at this clinic. The tumor had shrink and made the lumpectomy back in Québec, Canada much easier. I received only one chemotherapy after the surgery and no radiations. DOLORES BOETTCHER, September, 2021
Medical Condition : Rheumatoid Arthritis / Epstein–Barr virus
Treatment Center: Integrative Whole Health Clinic | ( Mexico )
I couldn't move, walk, do anything before going to the clinic and lost 40 lbs in one month. Couldn't eat, sleep, needed 24-hour care from friends. I went to my chiropractor, Dr. Miller, who recommended for me to visit Mexico. His wife had breast cancer and was seeing Dr.Henriquez. While in treatment her tumor came right out of her breast during treatment. On the next day, I was on a plane to Mexico, I was in a wheelchair when I arrived to Mexico. As soon as I got there, they started me out of chelation treatments. I was there for 10 days and after 10 days I walked off of the airplane. They found out I had Epstein–Barr virus. I went back to Dr.Henriquez every 2 months for 13 months and after 13 months I was completely healed. I was 62 years old. I had so much energy and went to work 60 hours a week, I was working for 2 hospitals and 1 nursing home.
Read more Read less
Previous Treatments : None
Diet : Vegetarian
Improvements : Sleep, Pain, Appetite, Digestion , General mood
Beth Faas, September, 2021
Medical Condition : Breast cancer stage 3B
Treatment Center: Integrative Whole Health Clinic | ( Mexico )
I left Huntington Beach and went to Mexico to save my life 16 years ago. I was battling stage 3B breast cancer. My oncologist in the US gave me a 17% chance of living past 10 years if I did his protocol which included aggressive chemotherapy and radiation. I was only 43 years old and had four school age children. It didn’t make since to me to blast my whole body with chemo and destroy my healthy cells as well. I needed to stay alive for my family. My treatment included daily immunotherapy IVs to boost my immune system and to get rid of toxins and heavy metals in my body. I also did whole body hyperthermia, hyperbaric oxygen chamber, Dendritic cell therapy, live cell therapy, Laetrile (B17), and supplements. The staff are very welcoming and caring and most are bilingual. The clinic is very clean and each patient has their own private room and bathroom. I return once a year to have my cancer markers checked and to do a booster preventive treatment. I am so grateful that we found Alternative treatments in Mexico 16 years ago.
Read more Read less
Previous Treatments : Surgery
Diet : Organic
Improvements : Sleep, Pain, General mood, Blood results, Better scans (CT, MRI), Other, I returned from the clinic feeling and looking 10 years younger due to the alternative treatments. 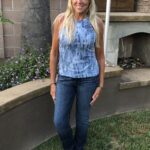 Stephen Proffitt, February, 2021
Medical Condition : Amyloidosis and multiple myeloma
Treatment Center: Integrative Whole Health Clinic | ( Mexico )
I was able to gain my energy back and feel much better after my treatment here. I am able to take walks and be more active today. I keep on taking all the supplements recommended by Dr. Henriquez, as well as some of the IVs available in the United States. The clinic is very comfortable and you feel like at home. Blessings to Dr. Henriquez and Erma, Christian and Rafael, and the entire IWHC staff!
Read more Read less
Previous Treatments : Chemotherapy
Diet : Vegetarian, Low Sugar, Organic
Improvements : Sleep, Pain, Appetite, Nausea, Digestion , General mood
Searching...