Vitamin B17 and Cancer Research

Vitamin B17 (also referred to as amygdalin or laetrile) is a natural substance that is typically sourced from apricot kernels and bitter almonds. Amygdalin has been used for decades by cancer patients as an alternative cancer treatment. When taken in by the body, B17 creates a type of cyanide that directly harms cancer cells.

Due to a report about cyanide poisoning, the vitamin was banned for use in this regard in the United States. Despite this, some patients still use vitamin B17 as part of their home protocol as it is still available (mainly through the consumption of seeds of fruits such as peaches and bitter almonds.)

Some alternative healthcare practitioners administer Vitamin b17 orally as a pill or in IV form as “there is also no evidence that purified amygdalin, administered in “therapeutic” dosage, causes toxicity.” (2016).

Is Vitamin B17 Legal in the United States?

Originally, amygdalin (also called Purasin, Nitriloside, and B17) was a very popular cancer treatment in the United States. This alternative treatment was supported by many case studies that described the anti-tumor effects of amygdalin.

For example, Benzaldehyde, which is one of the laetrile’s breakdown products, was tested for anticancer activity in patients with advanced cancer for whom standard therapy had failed.  The research findings (published by the National Cancer Institute)  were extremely positive, resulting in an overall objective response rate for 55% of patients (in either complete or partial remission). An additional 37% of patients remained stable, and only 7% of patients showed a progression of the disease.
It is also important to note that no toxicity was associated with the treatment whatsoever, and it was reported that the responses persisted as long as treatment was continued.

Despite these findings, amygdalin was banned for use in many American states in the 1980s and was deemed ineffective and potentially poisonous.

Even though the ban on the usage of Vitamin b17 has been in effect for many years, it has recently resurfaced, coming to the attention of both scientists and patients. The results of recent in-vitro studies are promising, and positive results are beginning to pile up.

The following examples were all published recently (2019):

Vitamin B17 Side Effects

Over the years, several reports referred to the possible toxic side effects that vitamin b17 could allegedly cause. Toxicity was only noticed when b17 was administered orally. Some recorded symptoms, such as dizziness, headache, nausea, and vomiting, are similar to that of cyanide poisoning.

The route of administration of vitamin b17 appears to be associated with toxic side effects. When administered intravenously, vitamin b17 does not show toxicity: “There is also no evidence that purified amygdalin, administered in “therapeutic” dosage, causes toxicity.” (2016).

Other Reported Vitamin B17 Benefits

What Foods Are High in Vitamin B17?

Some vitamin B17 foods you can add to your diet:

What does vitamin B17 do for your body?

B17 may enhance immunity, reduce pain, and lower blood pressure. The term “vitamin B17” refers to the substance amygdalin.

In what food is vitamin B17 found?

B17 is available from online retailers in the U.S. However, it is not FDA approved for any use or considered a safe product to use according to the FDA.

Does B complex have B17?

There are eight B vitamins that make up vitamin B complex:

These necessary vitamins all support overall bodily function. However, B17 is not present in the B complex.

Find a Clinic Offering Vitamin B17

Browse All Clinics Offering Vitamin B17

A cancer reversal testimony with B17. Richard of Daytona, Florida. 2009. Noni Juice.
Dr. Antonio Jimenez, M.D., N.D., Founder and Chief Medical Director of Hope4Cancer Institute speaks from 20+ years of experience with the effective use of Laetrile as a cancer treatment. Learn the science behind Laetrile, how it works, and why it has been controversial at times.

Vitamin B17- Relevant Research and News

Can Amygdalin Cause Apoptosis of Breast Cancer Cells?

The January 2016 issue of Biomolecules and Therapeutics published a study that inspected the impact of amygdalin on breast cancer cells.

The study carried out by Lee and Moon at the Duksung Women’s University in Seoul, Korea, investigated the toxic effect of amygdalin on human breast cancer cells. Results showed that the intake of amygdalin inhibited the proliferation of breast cancer cells in a dose-dependent manner. In other words, the higher the dose, the better the effects.

Scientists also wanted to know whether these toxic effects on cells could also lead to their apoptosis or self-destruction. It turns out that amygdalin effectively inhibited the one kind of breast cancer cells known as “Hs578T” and led them to self destruct.

This discovery becomes even more important if we bear in mind that when body cells resist and refuse to die, cancer is more likely to happen. The results of this study indicate that amygdalin causes cell death by increasing the expression of a protein called BAX and lowering the expression of a gene known as Bcl-2 in breast cancer cells. Both BAX and Bcl-2 are proteins encoded by specific genes that regulate cell death, which means they play a role in apoptosis, and therefore a role in cancer treatment.

Based on their results, scientists concluded that amygdalin can potentially aid in the process of apoptosis which aids in cell death and prevents the cells from becoming cancerous. Amygdalin / vitamin B17, was therefore concluded to have the potential in playing a significant role in breast cancer treatment in the future.

Amygdalin, a natural compound, has been used by many cancer patients as an alternative approach to treat their illness. However, whether or not this substance truly exerts an anti-tumor effect has never been settled. An in vitro study was initiated to investigate the influence of amygdalin (1.25–10 mg/ml) on the growth of a panel of bladder cancer cell lines (UMUC-3, RT112, and TCCSUP). Tumor growth, proliferation, clonal growth, and cell cycle progression were investigated. Amygdalin dose-dependently reduced growth and proliferation in all three bladder cancer cell lines, reflected in a significant delay in cell cycle progression and G0/G1 arrest.

A molecular evaluation revealed diminished phosphoAkt, phosphoRictor and loss of Cdk and cyclin components. Since the most outstanding effects of amygdalin were observed on the cdk2-cyclin A axis, siRNA knock down studies were carried out, revealing a positive correlation between cdk2/cyclin A expression level and tumor growth. Amygdalin, therefore, may block tumor growth by down-modulating cdk2 and cyclin A. In vivo investigation must follow to assess amygdalin’s practical value as an anti-tumor drug. 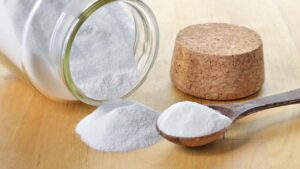 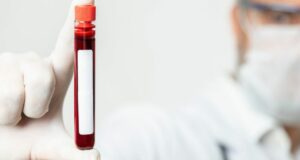 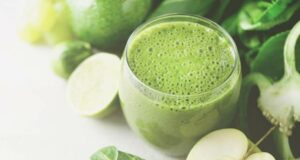 What is SIRT? SIRT is targeted radiation treatment for cancer.  It is typically used to treat solid organ tumors (the most frequent is the liver), which can’t be treated with other

Interested in Vitamin B17 but not sure how to start? We can help!

Interested in Vitamin B17 but not sure how to start? We can help