What is Ultraviolet Blood Irradiation

Ultraviolet blood irradiation (UBI) is a safe and effective medical procedure that kills bacteria and viruses while boosting the immune system and rejuvenating the blood. For decades, UBI has been widely used to treat medical conditions such as:

UBI uses ultraviolet energy to oxygenate the blood and inactivate microbes and toxins.

How is UBI conducted?

The patient’s blood is drawn and then passed through a device that exposes it to sanitizing ultraviolet rays before being returned to the patient’s vein by doctors. Ultraviolet light’s photonic energy kills bacteria and viruses while increasing the amount of oxygen in the bloodstream.

UBI aids in the fight against infection by generating a strong internal response without the use of external antibiotics, which harm gut flora. The number of ultraviolet blood irradiation sessions required may vary depending on the individual patient’s health, the length of the illness, and the severity of the disease.

People who receive ultraviolet blood irradiation may notice an increase in energy, a better overall mood, and a reduction in symptoms. Symptoms of illness may worsen a day to two weeks after the procedure. This is due to an increase in immune system function, which may cause any external pathogens in the blood to ‘die off.’ This process of death is also known as a Herxheimer reaction.

A typical ultraviolet blood irradiation treatment might include re-circulating 100ccs of blood through the machine, which takes about 30-45 minutes. Depending on the severity and type of disorder being treated, a doctor may recommend up to 3-4 treatments per week for several weeks.

The procedure is usually painless, and everyday activities can resume after that.

· Increased immune and pain tolerance to radiation or chemotherapy

· Improvement in the flow and properties of the blood

What are UBI side effects?

Is ultraviolet blood irradiation safe? – Pain and bruising at the injection site are the most common side effects. Herxheimer reactions, infection at the puncture site, and prolonged bleeding times are rare side effects.

Dr. Melinda Roberts, the founder of the Advanced Naturopathic Medical Centre, explains UBI Therapy and provides a thorough medical review of the therapy as a reliable treatment for a variety of diseases.

UBI has an 80% success rate, with the majority of patients reporting an improvement in their overall health. While underlying health conditions or diseases determine the effectiveness of treatment, most people will benefit from following medical professionals’ advice.

According to a scientific study published in 2016, the decline in UBI was caused by the development of antibiotics. Although UBI therapy was widely used in European countries such as Russia and Germany, the holistic treatment of UBI was considered controversial in Western countries such as the United States. 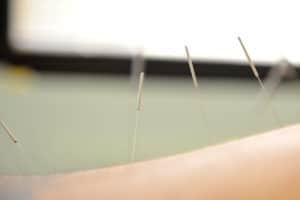 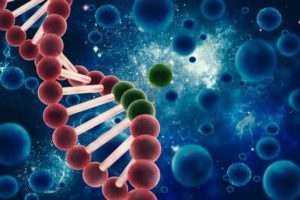 Interested in alternative treatments and not sure where to start? We can help!

Interested in Ultraviolet Blood Irradiation but not sure how to start? We can help